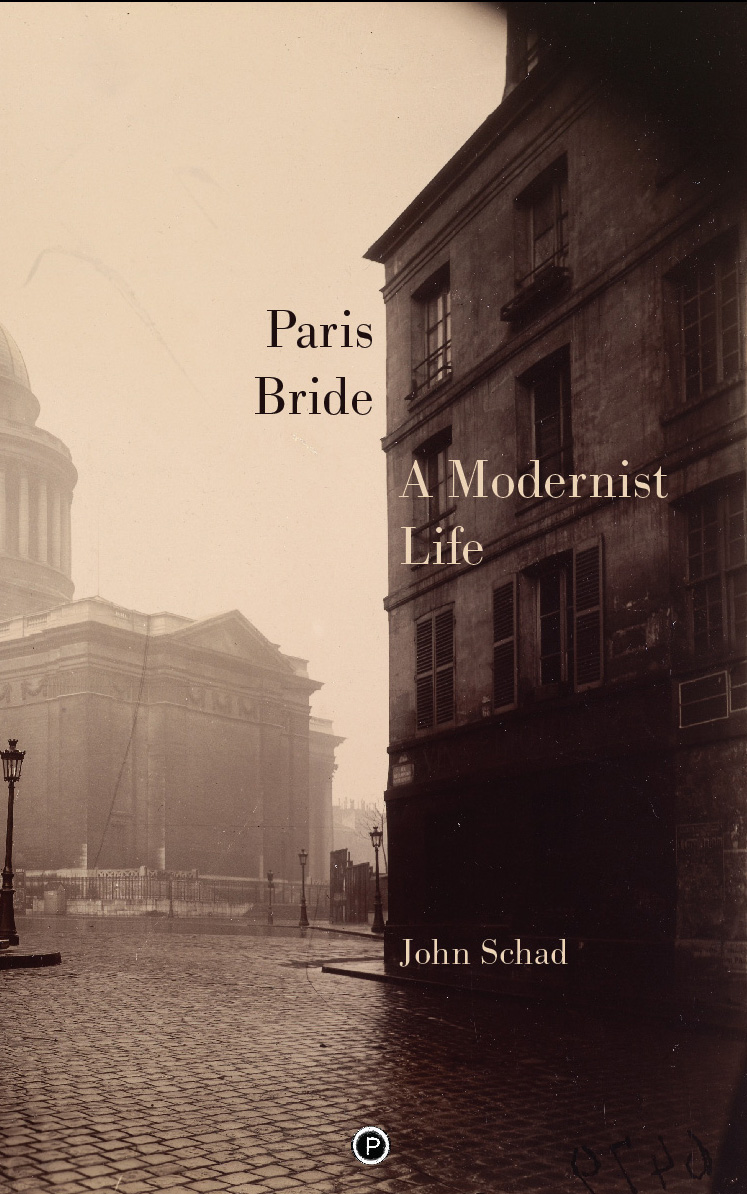 Marie said she would buy some flowers, and the trams, the pigeons, and the motor cars all murmured “yes.” She was light upon her feet; quick, careful, lest she should brush against another. None, she thought; there would be none who would know her, though some had smiled. Odd affinities she had with people she had never spoken to. She would buy the flowers on her way back, and as she walked her head was set low.

Published today at punctum books, John Schad presents a new experiment in life writing with Paris Bride: A Modernist Life. This imaginative and moving project is available in print and digital open access at punctumbooks.com.

In July 1905, in Paris, a young Anglo-French woman called Marie Wheeler became the bride of a Swiss émigré, Johannes Schad. Immediately after the wedding, Marie and Johannes moved to London. And there they lived for nineteen years. In 1924, however, something happened to change their lives, and Marie, in many respects, simply disappeared.

Paris Bride is an exploration of the lost life of Marie Schad, of whom little is known beyond a few legal papers, a number of letters, some photographs, the diaries of a friend, and her obituary. With so little else known of Marie’s life, this book seeks to read her back into existence by drawing on a host of contemporaneous texts — largely modernist texts, by Virginia Woolf, Franz Kafka, the Paris Surrealists, Stéphane Mallarmé, Oscar Wilde, Katherine Mansfield, and Walter Benjamin. All of the selected authors are connected with Marie through some coincidence of time, place, or theme.

In an attempt to do justice to Marie’s in-visibility, or to her un-life, Paris Bride takes as its guide Wilde’s declaration that “the true function of criticism is to see the object as in itself it really is not.” In other words, this book seeks to evade the positivist or realist assumptions of conventional literary criticism, and instead pursue a post-critical method with its sources and texts. Paris Bride is not confined to academic discourse but instead draws on a range of literary genres and devices that are more in sympathy with the non-realist character of modernism itself — devices such as fragmentation, flânerie, textual collage, stream of consciousness, imagism, perspectivism, dream-text, the absurd, etc. Ultimately, Paris Bride is a modernistic experiment in life-writing.

“Paris Bride is the third of John Schad’s powerfully original, fascinating, learned, and challenging experiments in life-writing; this time resurrecting the sparse and to some degree contradictory evidence about Marie Schad, his putative early twentieth-century ancestor. “This book,” writes Schad in his “Afterword,” “takes modernism to the courts for its dubious claim to accommodate what Virginia Woolf once called ‘the lives of the obscure.’” I must, however, leave it to the reader to become, as I have been, fascinated by this wonderful book and by responding to the difficult challenge of trying to figure out what is going on in it from sentence to sentence and page to page.”
— J. Hillis Miller, UC Irvine

“Hold on tight to Marie. Marie invites you to the great family romance of modernism. Gliding and bouncing from T.S. Eliot to Walter Benjamin via the Paris of the Surrealists, John Schad shares painful family secrets and ends up sketching a whole constellation of modernity. A dazzling tour de force!”
— Jean-Michel Rabaté, University of Pennsylvania, American Academy of Arts and Sciences

John Schad is Professor of Modern Literature at University of Lancaster. His books include Victorians in Theory (Manchester, 1999), Queer Fish: Christian Unreason from Darwin to Derrida (Sussex, 2004), a memoir, Someone Called Derrida (Sussex, 2007), a novel The Late Walter Benjamin (Continuum, 2012), and (with Fred Dalmasso) Derrida | Benjamin. Two Plays (Palgrave Macmillan, 2020). He has also had two retrospectives published – Hostage of the Word, 1993-2013 (2013) and John Schad in Conversation (2015). He has read his work on BBC Radio 3’s ‘The Verb’ and at various literary festivals, and his plays have been performed at The Oxford Playhouse, Duke’s Theatre Lancaster, Watford Palace Theatre, HowTheLight GetsIn (Hay-on-Wye) and the Sheldonian Theatre Oxford.

Why not start the discussion?