The latest craze in the Epidaurum toy world was the (supposedly educational) Faltonia Betitia Proba® make-your-own-Christian-poem Cento® set. The set consisted of 694 fridge magnets, each bearing a line from Virgil, which each player had to try to rearrange in such a way as to form an epic poem praising Christ, but without creating a pagan meaning. The game would beep if the magnets were rearranged in a pagan way — even by mistake — and would keep beeping until a Christian arrangement was found, making it one of the most annoying games parents could inflict upon themselves. The proper Christian re-arrangement, called a Cento®, would cause the game to beep the tune of Saint Ambrose’s Te Deum. Every child in Epidaurum had to have their own Cento® set. Parents not only often struggled with Virgil’s Latin — often ashamed to tell the kids they didn’t really understand it — but also felt increasing pressure to get bigger and bigger fridges to accommodate the game’s 694 fridge magnets — an unrealistic number for the appliances owned by most middle-class families.

Published today at punctum books, Sasha Kaoru Zamler-Carhart’s boisterous genre- and period-spanning monograph, The Goths & Other Stories. This brilliant and hilarious book is available in print and digital open access at punctumbooks.com.

In the winter of 476 A.D. the Ostrogoths, hungry and exhausted from wandering for months along the barren confines of the Byzantine Empire, wrote to Emperor Zeno in Constantinople requesting permission to enter the walled city of Epidaurum and just kinda crash and charge their phones. Closer to home, Orpheus walks Eurydice through a suburban refrigerator as a matter of tax planning.

Readers of all centuries will feel at home in this book. The smell of seafood and speculative urban planning merge into a 1990s computer game, Abidjan has 12,756 streets with no way to go from one to another, an apocalypse of tax law and classical mythology descends upon suburbia and reveals a medieval theology of design, theater, and light.

The book’s six stories are set in different times and places – sometimes within the same narrative – but have in common a slippery approach to the boundaries between fiction and theory, between ontological planes, between the comical and the moral. Together they also form a treatise on the nature of writing as a branch of design – one whose medium is easier to reveal than to define.

Praise for The Goths & Other Stories

“A playful, erudite, deeply learned, and wickedly amusing collection of literary-historical mashups. As if Donald Barthelme and Gregory of Tours had co-written several especially weird flashback episodes of What We Do in the Shadows. You may be so busy chuckling, however, that you don’t realize you are learning something too.”
— Dominic Pettman, Professor of Culture & Media, The New School

Sasha Kaoru Zamler-Carhart is a singer, medievalist, composer/designer, and formerly a linguist and a lawyer. Their artistic practice is reversible like an air conditioner. Sometimes it's forensic and archeological, and the machinery is pointed at an existing object: this is their stance as a medievalist and a linguist. Sometimes it’s toggled to output and used to make a new design object: this is their work as a composer, designer, and writer, and formerly as a tax lawyer. Sasha is a lecturer at The New School, where they teach speculative design at Parsons School of Design, and history at Mannes School of Music. Sasha is also the vocalist of a improv band and a frequent performer of contemporary vocal music. They used to teach medieval music and Latin at the Royal Conservatoire, The Hague and direct a medieval polyphony ensemble. They graduated from Stanford with a JD, an MA in linguistics, and a BA in linguistics and philosophy. They have composition degrees from University of London (Royal Holloway) and the Royal Conservatoire, The Hague.

Punctum Books is a sparkling diamond open access press with no author-facing fees. In order to survive, we depend on our readers to support our operation. If you want to support the open access mission of Punctum Books, please consider subscribing to our press.

A Supplement to this Pub 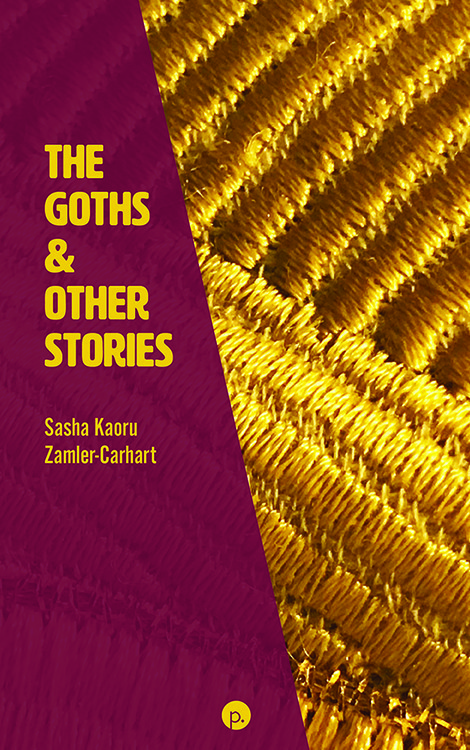 Why not start the discussion?